Looks like a game to get for sure! Have always loved the GTA's 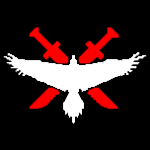 Will be getting this game fo shizzle. Mostly for the online shenanigans!

Definitely keen, absolutely loved the fourth one. I personally am going to predict a release of November this year, if not then I predict March 2013.

Earlier in the year for their Crack the Code promotion Xbox Australia removed gta V (among others) from the list of games the winner would receive up to and including January next year as it would not be released in time. 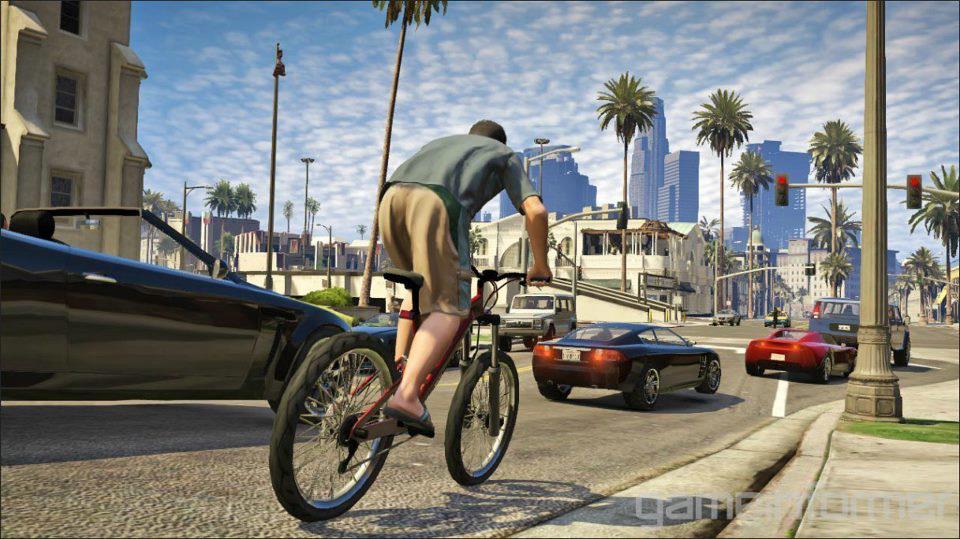 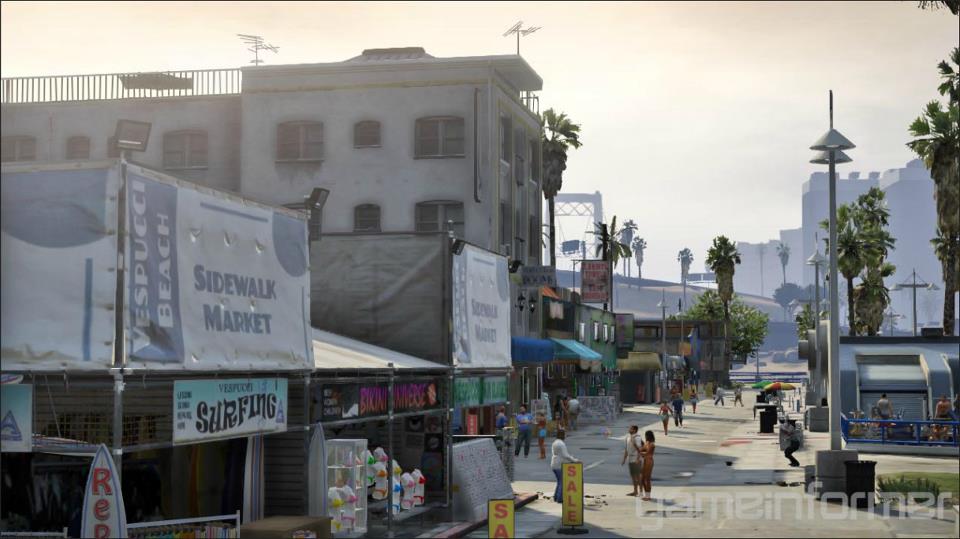 hmmm I'm still not even close to finishing GTAIV and can't remember the storyline at all. Must get back into it (between Batman and FH of course). 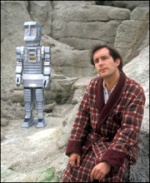 there should be a few more pics out.. u also got quad bikes..


Get all the latest screen shots here.. 20 new ones added.. 20 New Screen Shots


Its been mentiuoned u will be controling 3 diffrent characters during hte game which u can switch to at any time when not in a mission..

Each one has its own personality, motivations and skillset. When you're not controlling them, their lives continue and you may be surprised to see what situations they find themselves in when you switch back.


theres a demo vid os someones impresion on how charachter changing will happen.. but rockstars mentioned u cant change charachters when in mid mission.. ..

this will be a DEFFINAT Game i will be getting pre order .....

looks awesome!
Def will be breaking my budget gamer strategy (where i dont buy full price games upon release) for this one.

I see no pics of hookers, is this really a gta game?!

no hookers in this one stik .. sorry to disapoint..

t-man i will definatly be breaking my gamer budget..

definatly the NEXT GTA game stik..


this is for thouse who want to see there stats form most of the rockstar series games, gta, max payne, red dead , la nore, midnight club etc..

the new gta will have crews.. similar to red dead .. as they have mentioned .. but who knows..

There are 3 playable main characters. Their names are Trevor, Franklin and Michael.
You can switch between them at any point when not on a mission. When you switch, the camera zooms out into the sky and then back down to the character you switched to.
You can switch to another playable character during missions where they work together. This happens instantly.
Some missions will only have one of the main characters, whereas in other missions it may be two or all three together.
Each one has its own personality, motivations and skillset. When you're not controlling them, their lives continue and you may be surprised to see what situations they find themselves in when you switch back.
Each character has his own story arc.
Of the main storyline missions, there'll be several complex missions focussed on heists in style of "Three Leaf Clover" from GTAIV.
Some characters from GTAIV will make an appearance in V. Niko won't be one of them.
During research, Rockstar took over a quarter million photos this time!
Census information and vehicle sales data were used as a guide to depict the game world.
Big advances in the game's lighting model with vast increases and advances in draw distance and levels of detail.

You can flip off other characters in the game, and see interesting results dependent on who you're flipping off.
Vehicle physics have been updated. "The cars hold to the ground a bit better". It now feels more like a racing game, compared to GTA IV where they felt "big and boatlike".
After a hiatus in GTAIV, Ammu-Nation is back!
A lot of new side activities, including yoga, jet sking, base-jumping, tennis and golfing on a full golf course!
Rockstar felt that dating wouldn't fit in this game and have stripped this feature.
Mobile phone will return, but friends won't be calling as often as they did in GTAIV. It will be more streamlined and used for things like emails and Internet browsing.
Random character encounters throughout the map, much akin to those in GTAIV - but this time there's a greater variety and they're fully motion captured.
Dynamic missions, similar to Red Dead's "Unique World Events" make a return. Examples include characters with broken down cars, a hitch hiker, or two parked cars with dead bodies around them - which you can investigate to initiate dynamic missions.
Dynamic "state machines" were coded in the game, allowing non-playable characters to go about their daily lifes. For example, you may see gardeners and cleaners waiting at the bus stop in the morning, and then find them tending the gardens and houses in the game's fictional Beverly Hills later on in the day.

Most vehicles in a GTA game to date, including - but not limited to:
BMX
Mountain Bikes
Road Bikes
Dirt bikes
Planes
Variety of cars and trucks
Helicopters
ATVs
Jet Skis


should be one monster of a map..

UPDATE: IGN's Preview has been published!

Today is the start of the first online previews for GTAV, coming in from around the world. All publications are giving their take on the same press demo that Game Informer wrote about last week, with some containing new screenshots and an interview with Rockstar Games VP of Creative Dan Houser. See a summary of the new info after the jump.


*Underwater world (with underwater caves) and diving equipment confirmed.
*Side-missions similar to Taxi, Ambulance and Vigilante will be back but "probably not identical to the ones in previous GTAs" because they wouldn't fit in with the 3 main character personalities, but the "three will have odd jobs to do".
*Trevor will be the skilled helicopter pilot, Franklin the skilled driver and sniper, Michael the "smooth operator", skilled and versatile.
*Franklin is looking for a mentor and he finds one in Mike after they meet during one of Franklin's repo man jobs.
*Trevor is inspired by the typical GTA player that only roams around the game creating havoc, death and destruction.
*Mission types will vary among "big and small events , explosive, infiltration, super spectacular, family issues, invasion, hostage recovery, heists and robberies. Plus classic *GTA missions but updated and improved."
*Cover mechanics have been greatly improved and cover will be very important in the gameplay.
*About the economy, Dan Houser says: "You will be able to spend money to buy interesting and fun things like expensive toys. We are still working on the economy but it will be a strong element in the game and players will be eager to make money to spend money. Something along the lines of "I went through all of this to make all this money and now I'm going to spend it on this crazy item."
*Dynamic music during missions (similar to games like L.A. Noire)
*No co-op for single player missions, but co-op modes will be featured in multiplayer.
*Big focus on multiplayer with a lot of content to keep players busy.
*The song Radar Love was heard playing on the in-game radio.
*Alamo Sea is the name of the Salton Sea like area.
*Radial menu to select the 3 protagonists.
*Switching in missions partially scripted - meaning, at times character switching will happen automatically.

*In final part of a mission in the demo, the player can decide which character to use.
*There are multiple different endings in the storyline which depend on the choices you made throughout the game.
*The storyline takes around 25 hours to complete.
*Map open from beginning, with the exception of some protected areas.
*A certain amount of money will be needed to gain access to some missions.
*There is a functioning ecosystem teeming with wildlife.
*Additionally, Rockstar confirmed that Trailer #2 for GTAV will be hitting the web this *Wednesday at 11am EST / 4pm GMT. Check out the countdown on their site.

Always a fan. Always will be. Not so interested in the online apart from the GTA races which I couldn't get enough of. Nothing better than timing those nade drops just right. Awesome. 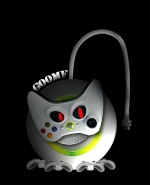 
•You can't play the entire game as one character; sometimes you have to a solo mission as each character to advance the story.
•No co-op in the story.
•Some missions with all three characters you have to switch between them and then are given the opportunity to choose afterwards.
•Can't kill another character when playing as one of the three.
•Michael can walk around his house and interact with his family.
Can buy new clothes.
•In free roam you choose to play whichever character you want.
•Each character is from a different part of Los Santos, but you can go anywhere you want.
•Natural Motion Euphoria used just like in IV, RDR and MP3.
•Entire map is open from the beginning.
•LV and SF definitely not in game.
•Downtown area of LS is smaller than Liberty City
•During demo, game and switching characters ran perfectly without lag.
•Swimming underwater confirmed, plenty of areas to explore.
•Plenty of boats and hoes.
•Internet on smartphone.
•Lots of TV shows.
•Trevor able to set things on fire when he wants, not just in missions.
•Each character has his own inventory and money. Subject to change before release, though.
•No CJ.
•No characters from III, VC or SA.
•Couple of familiar faces from IV will visit.
•Variety of races included; cars, bikes, triathlons.
•Still working on Wanted system.
•Rockstar didn't answer when asked if Xbox will have multiple discs.

Not to sure if anyone has seen this .. bit a nice little tool for finding the pigeons , Seagulls , stevies car Thefts , Stunt Jumps etc..

found this intercative map for stevies car thefts.. as he give u very little to go off except for a picture in a text message.. now u can see where the car is in st view..